Doesn’t everything change at last, and too soon?

Confession: That question is in a cadence from Mary Oliver.

Having taught her work so much this semester, I’ve actually been carrying a few of her questions:

“Tell me, what else should I have done?
Doesn’t everything die at last, and too soon?
Tell me, what is it you plan to do
with your one wild and precious life?”

That poem is called “The Summer Day”, and as it’s been 19 degrees lately, it’s clear we’re not in summer any more.

The change in seasons–summer to fall, fall to winter–has hit me and my people hard. I know it’s a hackneyed analogy, but it’s the best I’ve got to make sense of all this change:  We’re dwelling in new places, working new jobs, living different schedules. We’re welcoming new people. Some of us are getting married. Some of us are working out whether we will.

These last 6 months have been a 6.0 earthquake in our community. Major thoroughfares collapsed. Formerly safe and sacred places are rubble.  We’re still putting out some fires.

The gale-force change has been a Category 5 Hurricane on our connection and closeness. Hurricane July, Hurricane August….. Hurricane October, Hurricane November.

I went to a friend who’s a guardian and caretaker of our community. I showed her the cuts and bruises from the last few months.

When it hurts–because it hurts–I ask “Why?”. I’m asking for justification. I’m asking if I could have prevented the hurt.

My friend has a better answer to offer for the better question: “What is God doing here?”

Doesn’t everything change at last, and too soon?

Yes, some of it is involuntary demolition. And so is the timing. “We just got finished building that, we just got used to it–it’s a landmark–we don’t want to take it down.   We don’t feel ready.”

But all of it is making way. Out of the rubble we are building something new–A new Kingdom.

The King is making a way, as we’ve been praying,

Your Kingdom Come, Your Will be Done, on Earth as it is in Heaven.

Not only “Your Kingdom Come,” but we’ve prayed “Come quickly, Lord Jesus.”

Who am I to resent or resist? 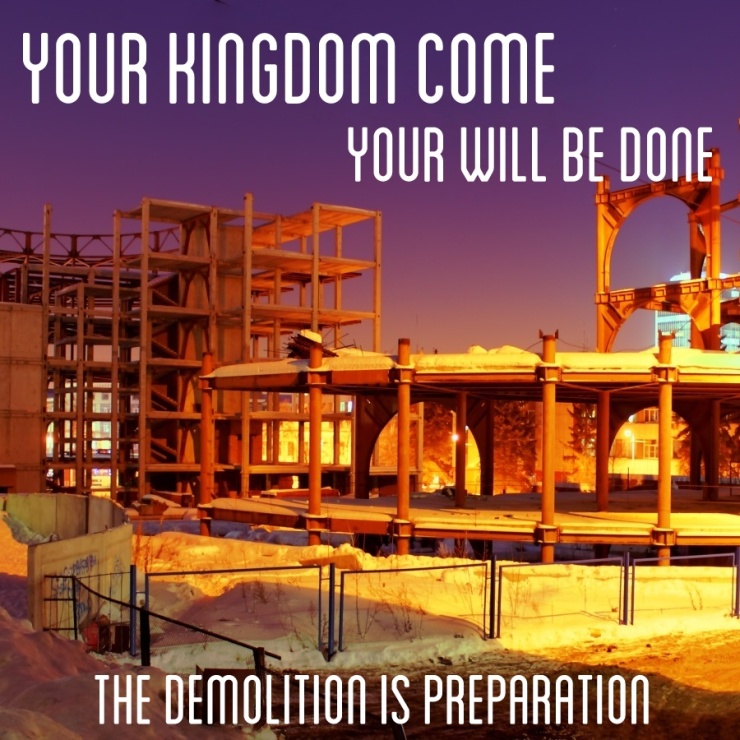 Our bonds crack and break and it hurts, but we need that gap. The gap becomes a gate for the Shepherd to bring new people into the family fold.

The walls crumble down, and the foundation is cracked. Closer examination reveals it was only a matter of time; the place was built on sand.  We have to move. Comfort and security make for notoriously shifty ground.

The only option is to start again. The new place will be shining on a hill.  Instead of the old facade of self-preservation, the elevations bear the hallmarks of the Beloved. The floor-plan will feature openness and transparency and the foundation will be built on the Rock.

“In my Father’s House, there are many rooms. I go there to prepare a place for you.”

The demolition is part of the preparation for our new City, our new dwelling place.

And the construction happens in phases.

The trouble is that I can’t see the whole plan. We may be working on a bridge, but I’m part of a really big, disorganized team. I can only work on my assigned little part, and all my work has to be reviewed and stamped by the Chief Engineer.

When He says “tear it down”, who am I to resent or resist?

It sounds devastating, but it’s actually Good News. “Tear it Down” is a sign of a job well done:

My contribution was the shoring. 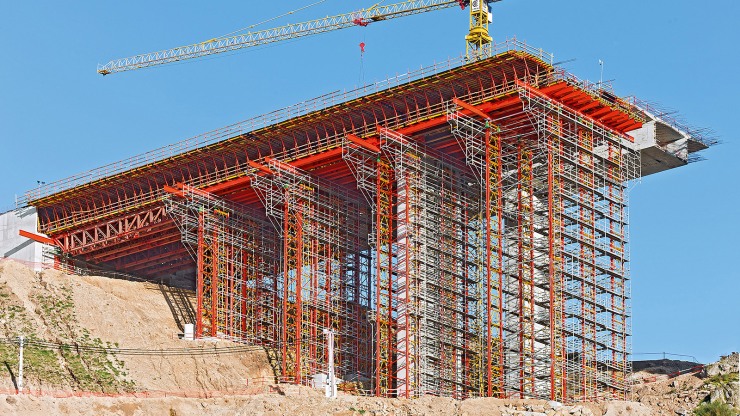 It’s been three and a half years since I’ve been to London. The last time I was there, the place was a mess. The Underground, the sidewalks, the major thoroughfares, the rail lines–everything, it seemed, was under construction all at once. Frustrated, I asked my friend Andy why his city was in shambles.

“Well, it’s all getting ready for the Olympics, I suppose.”